As the dark point of the year begins with the autumnal equinox at 4:29 CEST on tomorrow, the 23rd of September, we are at last in a position to carry out some tentative planting. Much of the land that is destined to become our kitchen garden has been neglected for the past few years: some left lifeless and deoxygenated beneath heavy black plastic mulching material, some allowed to grow wild with nettles, brambles and bindweed.

Today, we uncovered a mulched section and dug out a seemingly endless legion of squirming white tendrils of bindweed, still living despite their years away from sunlight. In another area of the same unmasked soil, we found remains of a fire, likely to have given the soil around it an alkaline taint. This failed to suppress the bindweed's virulent growth. 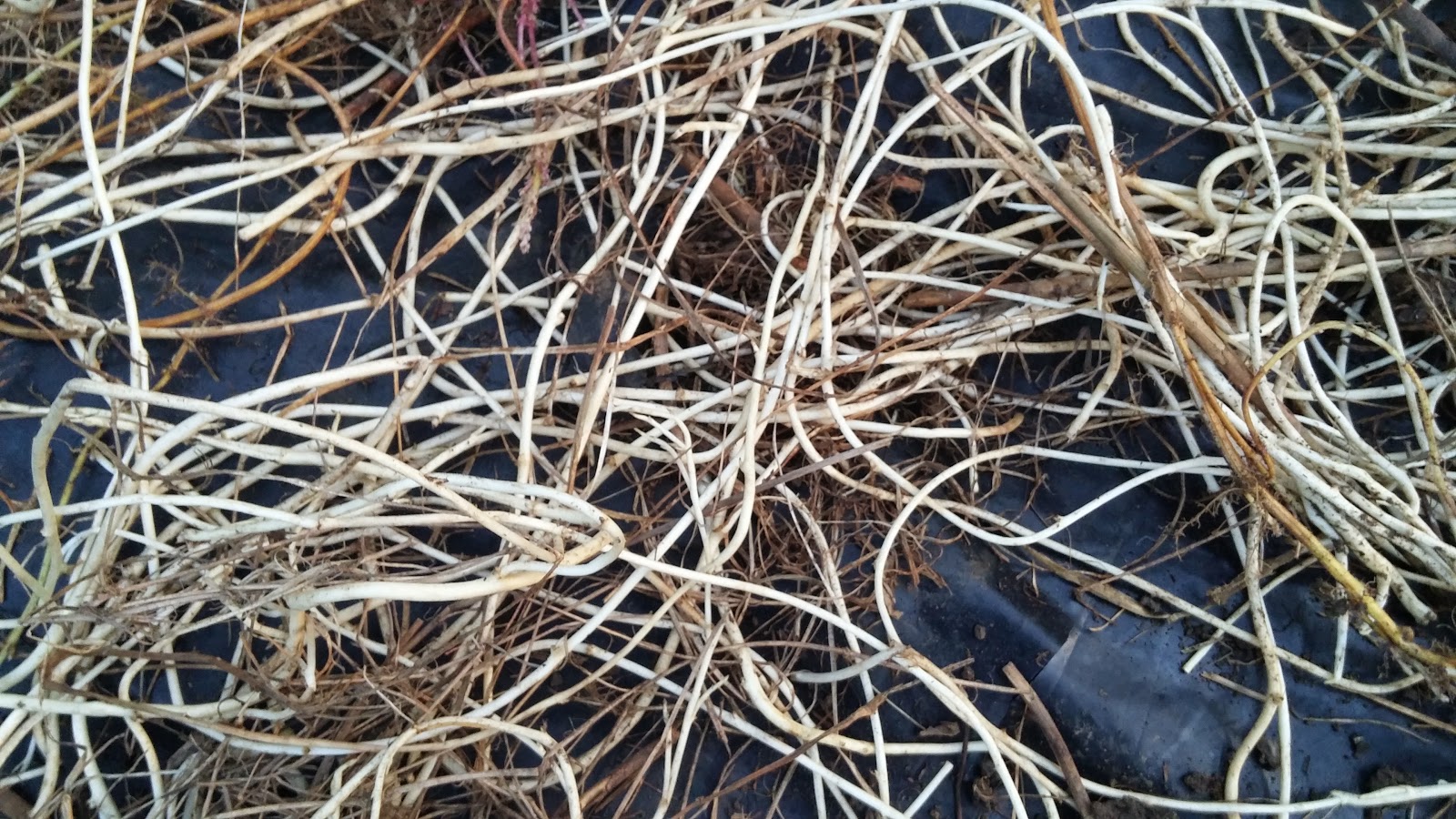 For every part of the plant we uprooted, still more was left behind

Bindweed, despite the prettiness of its white, convex flowers, is a lethal, choking plant, which burrows its way through soil and winds a fatal net of tendrils about other vegetation, smothering the life from them. Its creeping roots are capable of regrowing from even the tiniest fragment. Its brittle, suffocating tendrils grow at alarming speed from a central rhizome up to five metres deep. We already anticipate that much of the year to follow will be spent cutting the filthy stuff away.

Our intention for this September equinox is to plant out a handful of plants for the coming spring: hardy winter varieties of radish, turnip and spinach, as well as garlic and and golden California poppies. We have only the faintest optimistic expectation of the survival of this first planting, although we have opted to make the attempt in two areas of ground, lest one prove to be hopelessly poisoned.

*The management would like to apologise for any lapse into a pseudo-Lovecraftian prose style, but is sadly finding it difficult to muster any genuine contrition.
Posted by Unknown at 11:53